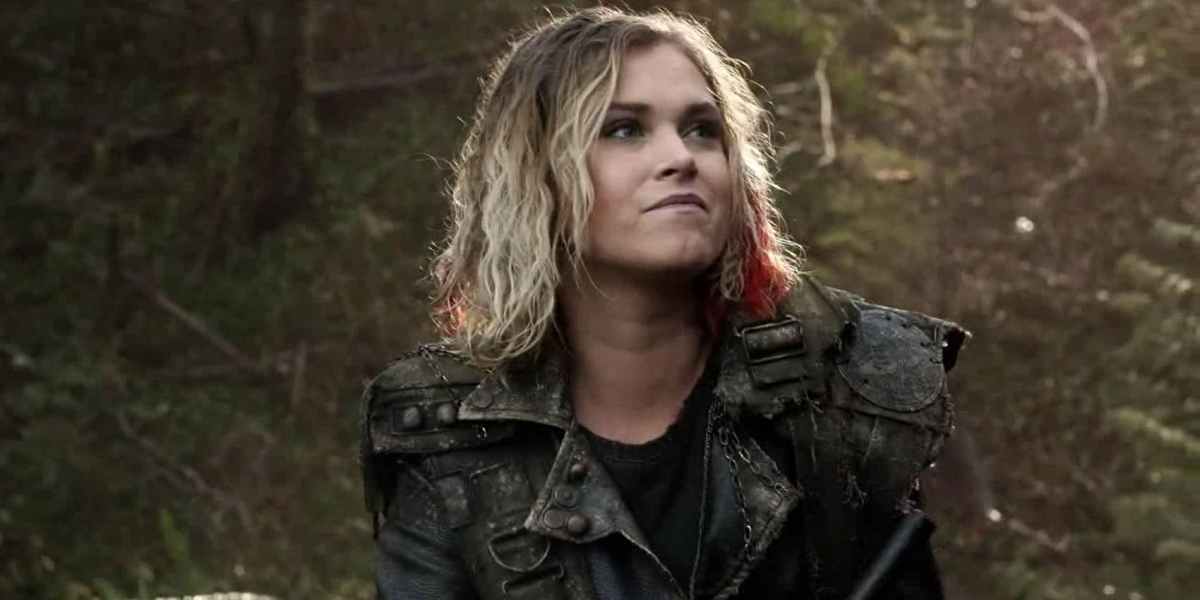 Everyone’s favourite post-apocalyptic CW drama, The 100, is back and you can bet your sorry butts I’m going to write about it. I love this show, even though it falls into a lot of the same trappings of other CW shows. A group of outstandingly attractive people being forced into absurdly dangerous situations but still manage to care significantly more about who is hooking up with who, oh and that danger they’re in? Never fully subsides it just pivots to new problems and enemies. Despite that I still love this show, it’s my little diet Game of Thrones where huge power shifts occur and I’m always worrying about who is going to die next. It’s not like there ever is a perfect show. Except for Big Bang Theory of course!

So I want to talk about the newest season of The 100 beginning and that’s gonna involve me talking about both things that happened in the premiere episode and previous seasons. Spoilers for those who haven’t watched the show yet, but I can’t imagine why you’d still be reading this if you haven’t seen the show so I suppose its a bit redundant.

Let’s start by catching up with where our 3 major groups were at at the end of season 4. Starting with our leading lady, Clarke Griffin. Clarke ended the previous season being left by the adventure squad to pure in the fires of Praimfaya (Basically nuclear apocalypse V2.0) while they went off to live in space. Again. The once fabled “Commander of Death” has not perished in the flames but now must figure out how to live on this very desolate planet all by her lonesome.

Meanwhile, in space, the adventure squad of Bellamy, Monty (the best character IMO), Harper, Raven, Murphy, and newcomers Emori and Echo are all chilling in space where they’re waiting out this new end of the world. Don’t think they have a solid plan for how to get back to earth though so I’m sure that’ll be something for them to work out.

Finally, we have the bunker folks, our largest group. They chose to escape Praimfaya by heading underground as the name bunker folks might suggest. It’s not all that big of a bunker though so newly crowned queen Octavia, who won her crown in a gladiatorial contest has had to make the difficult decision of who to save and who to leave behind to be burnt alive. A decision that is only going to make those around her upset as they’ve been forced to leave their families behind and live with outsiders who they want nothing more than to kill. Not to mention that Octavia herself is one of these outsiders so most people aren’t going to be very keen on following her lead going forward. Will she learn to temper their anger and lead them with wisdom, or will she use violence and fear to control the masses? It’s gonna be violence and fear, but let’s pretend for a moment that it could’ve been either.

This episode is very, very focused on Clarke and I had my worries that’d we were therefore gonna have our new season start with a really boring episode. It turned out to be pretty good though, we got a lot of important emotional moments for Clarke as she was finally able to take a moment to grieve the loss of just about everyone who was important to her life. We also got time for her to feel the guilt and remorse for her very large body count. (You don’t become “Commander of Death” for nothing kids.) All is not lost for Clarke as she finds some hidden valley that didn’t get rocked by the flames and also a child who also survived. Then we get this 5 and a half year time skip that tells us nothing about what Clarke and her new pal Madi did, but I’m assuming that they’ll be a bunch of flashbacks throughout the season to fill in those gaps so I’ll let it be for now. When the time skip ends we get to meet the prisoners, a bunch of ex-cons who come back to earth after being cryogenically frozen for a long long time. I wonder if Clarke will be able to make friends with them… and she’s killed two of them. Old habits die hard I suppose. I’m curious to see how Madi and Clarke’s relationship changes as Madi witness Wanheda up close and personal. Should be interesting.

We did get a brief look at what the adventure squad was up to in space, mostly just eating algae and hooking up it seems. Raven is learning to fight from Echo and that’s nice because it gets her one step closer to being a true one-woman army which will be awesome to see. Other than that Murphy is still being a complete tool, but also still in a kind of lovable way. They also spot the prisoner ship, but they see the “mothership” so to say and decide that its time to get off their station and go say hello to their new neighbours. Surely nothing could go wrong there…

Finally, we have Octavia fully embracing her violent ways with a nice fighting pit in the bunker where she watches people murder each other from her shiny throne. Is she using the fighting as some sort of justice system? Trying to thin the population to keep supplies from running out? Is she trying to distract people from the fact she has no idea what she’s going to blood sport? Has she just gone fully psycho and just like watching people die? Is it all of the above? Who knows, we only got like 30 seconds of it in the episode. Guess I’ll wait till next week to find out why she’s just chilling out watching people murder each other. As will we all, later.